Discovering the iconic and most versatile Mediterranean ingredient of Italian cuisine.

If we ask you what is the main dish of the Mediterranean cuisine, we would have a wide range of options to choose from, such as pizza margherita, spaghetti with tomato sauce, lasagne al ragù, bruschetta or just a tomato and olive salad dressed with a splash of extra virgin olive oil.

Needless to say, all those answers would be correct; but what it is worth be noted is that all of them have in common a key ingredient, either cooked or fresh: tomatoes.

Tomatoes play a central role within the Mediterranean diet and Italian cuisine: they have great taste, not to mention they are a great source of antioxidants and vitamins; tomato is perfect in any recipes. To grow tomato requires great weather conditions as in Italy, infact not surprisingly, Italy is one of the world’s largest producers.

So let’s talk about tomatoes! 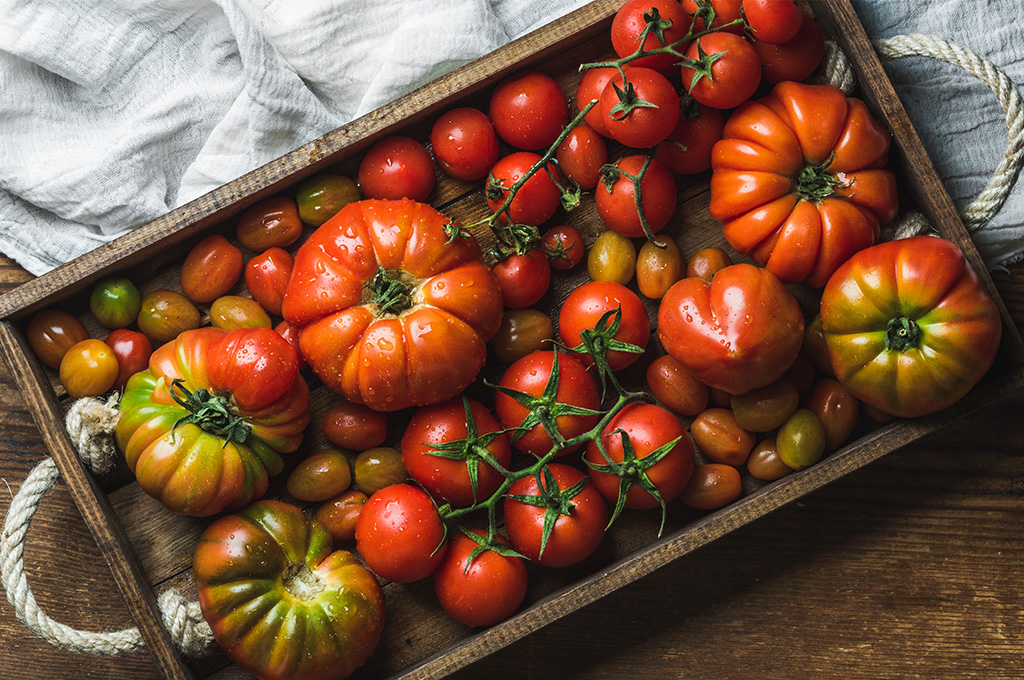 Botanically speaking, tomato is a fruit, same as an apple, a pear, a peach, in other words it is “ an edible seed-bearing product that grows from the ovary of a flowering plant “, however we don’t enjoy tomatoes as dessert or in a fruit salad, but we have them as a side dish or in salads.

Its scientific name is Solanum lycopersicum. Tomato is a member of Solanaceae family that includes peppers, chili peppers, eggplants and potatoes.

The scientific name Solanum lycopersicum refers to the tomato key compounds: solanine and lycopene. If we analyse the etymology of both these latin words, we can appreciate a interesting “contradiction”: solanum means comfort revealing the health benefits of tomatoes, known since ancient times, while lycopersicum means “wolf peach” referring to the fact that tomato was not considered an edible food, hence was used to poison wolves.

Where does the word “pomodoro” come from?

The word “pomo d’oro” (litterally golden fruit) refers to the variety of those golden-yellow tomatoes that initially reached Italy. Later, the red variety became prevalent, however the yellow one is getting more and more popular nowadays.

The History of tomato

Originally from Central America (Mexico) and South America (Perù), apparently tomatoes were first grown by Aztec, which used to call them xitomatl and used to drink the juicy sauce.

Throughout the following centuries, tomato was considered a poisonous fruit, hence was grown as a ornamental climber.

Multiple varieties of Tomato were brought to Italy in 1540 by a Spanish Conquistador, Hernan Cortés, after his mission in Mexico.

In France, between the 16th and 17th centuries, tomatoes were mainly used to prepare magic potions and love filters: they were considered aphrodisiac, that is why they were called pomme d’amour “love apple”.

Thanks to Spanish, tomatoes were brought to Sicily, where some of our the most ancient recipes originated.

Tomato, a fruit loaded with health benefits and nutrients

Tomatoes have plenty of health benefits and properties to protect your health and beauty.

Tomatoes contain more than 90% of water. Low in fats and sugar, they are a great source of vitamins (C,A,E,K and B vitamins), minerals (potassium, sodium, magnesium, calcium), powerful antioxidants, carotenoids (lycopene, polyphenols, flavonoids)

Here the health benefits of tomatoes

While tomatoes are getting cooked, the heat facilitates the absorption of lycopene in our body. Lycopene is a liposoluble carotenoid, which means that it is not soluble in water, but in fats only, same as olive oil. That is why pasta with tomato sauce and EVO oil is a proper masterpiece, in terms of taste, as well as in terms of health benefits.

Don’t miss our selection of organic products out 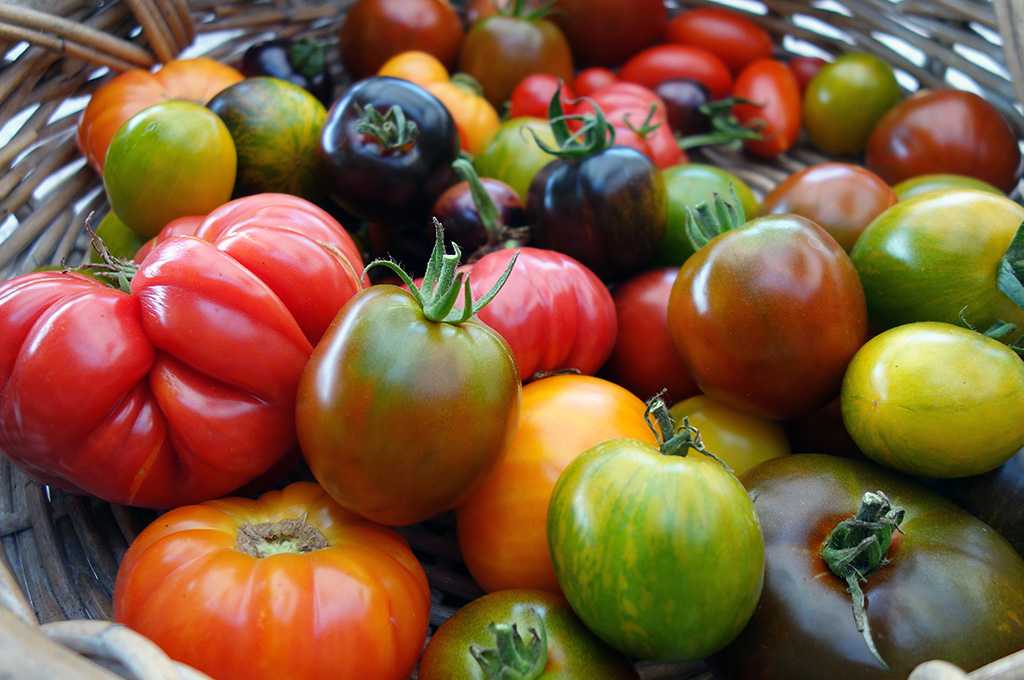 So far we have been giving an overview about tomato and its health benefits, however there are more than three hundred tomato varieties, so there are plenties of choice: different dimensions, shapes, colours and each of them with a peculiar taste, texture and organoleptic characteristics

There is such an extensive range of varieties to choose from that you can enjoy your favourite one the way you like the most: some of them are small, juicy and super tasty, others are round- or plum-shaped, not to mention their colours: red, yellow, green, orange and black

Speaking of their colours, there three main varieties: the super sweet yellow Datterino, Camone tomatoes grown in Sardinia, whose colour ranges from orange-red to dark green, and Green Zebra tomatoes.

How to enjoy tomatoes

You can enjoy fresh and juicy tomatoes in healthy salads, caprese salads, or on a yummy bruschetta o frisella, is a pasta salad or Spanish-inspired gazpacho, as well as cooked for a smooth sauce, or ragù sauce, not to mention, as key ingredient in multiple recipes, like pizza, meatballs with tomato sauce, stuffed baked tomatoes, or sun-dried tomatoes: What is your favourite dish?

Check out our tomato recipes